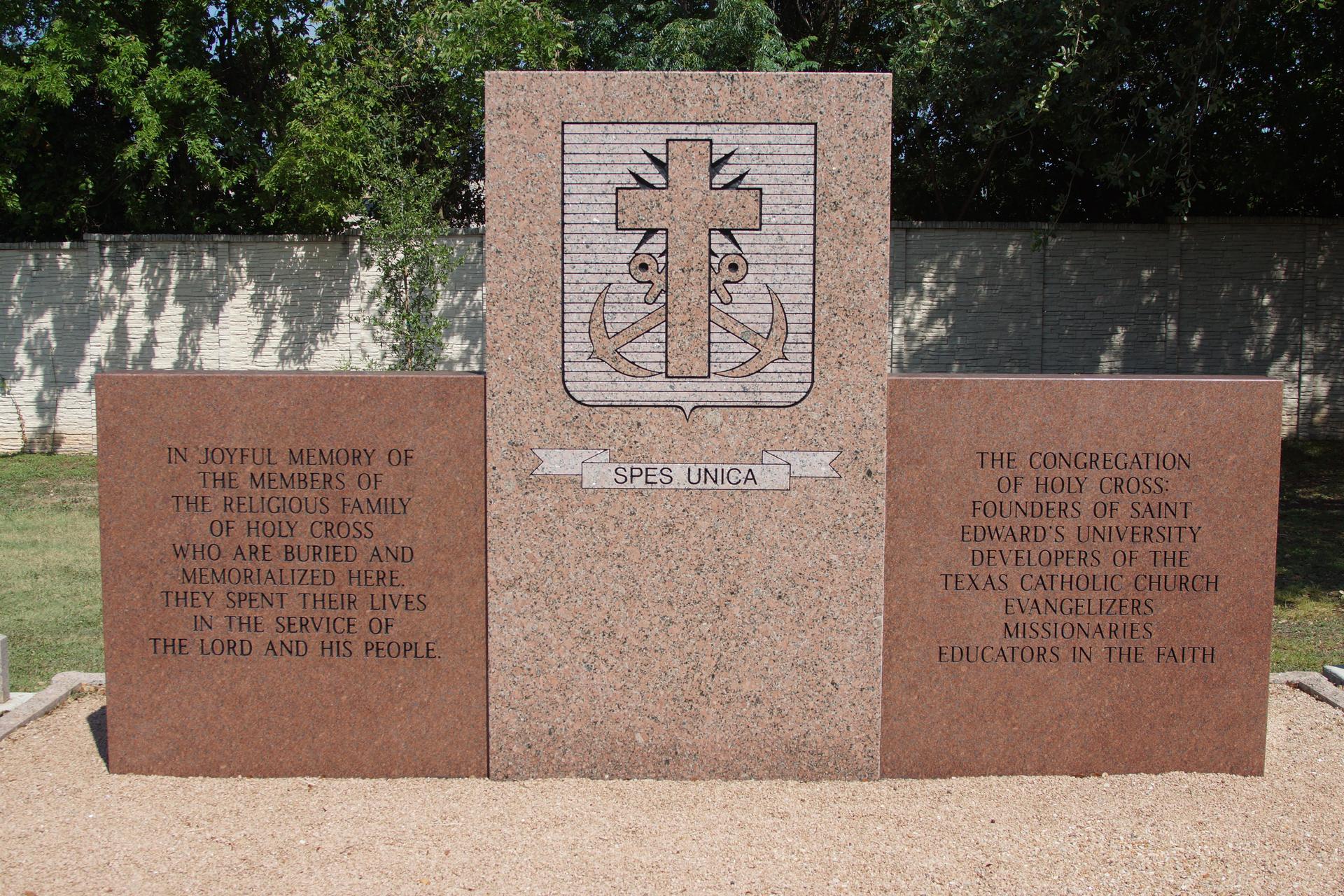 Assumption Cemetery in Austin, TX was once called St. Edwards Cemetery in the 1940s and was originally part of the Doyle Farm. This Catholic Cemetery is located near St. Edward's University and is where the Brothers of Holy Cross are memorialized.  The majority of the Brothers are laid to rest in Austin while some have markers.  Click here for information on Cedar Grove Cemetery at Notre Dame.

Many of the Holy Cross Priests, Sisters and Brothers who served in the southwestern United States have their final resting place in Austin, Texas. The small cemetery of the Holy Cross religious community was expanded in 1953 at the request of the Diocese of Austin as the need increased for burial space for the Catholic population. Named Assumption Cemetery, the grounds now cover about 22 acres. The Assumption Cemetery website at https://www.assumptionaustin.com provides a video of the property. 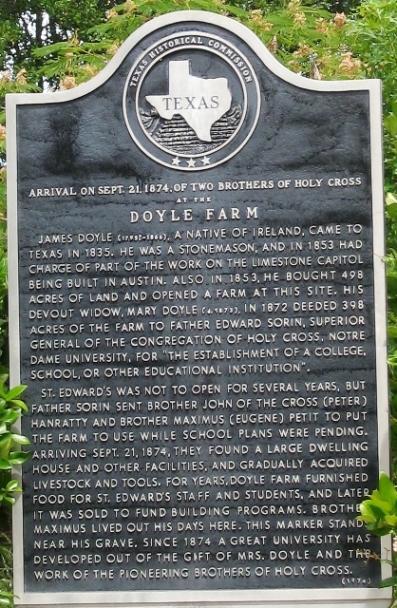 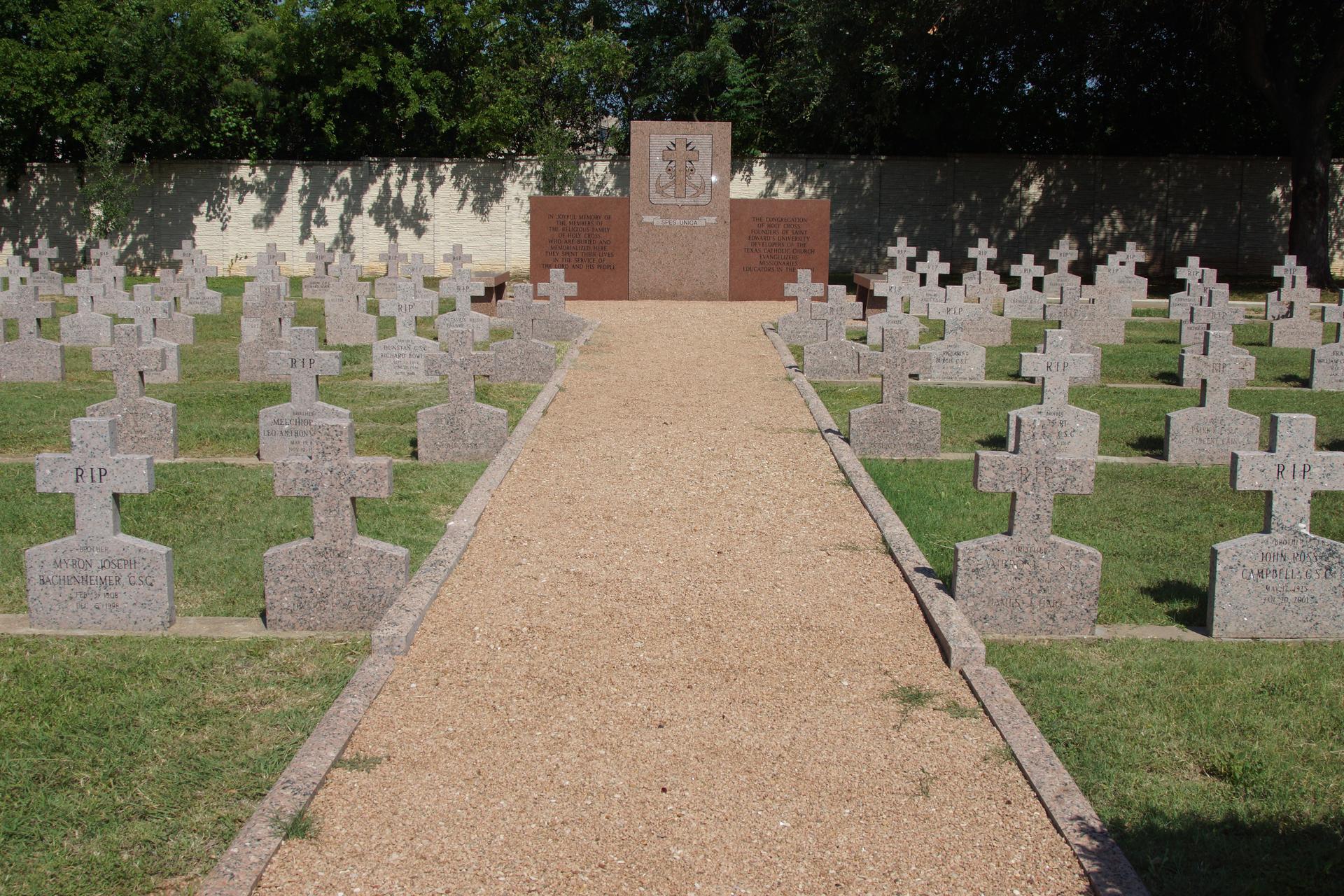 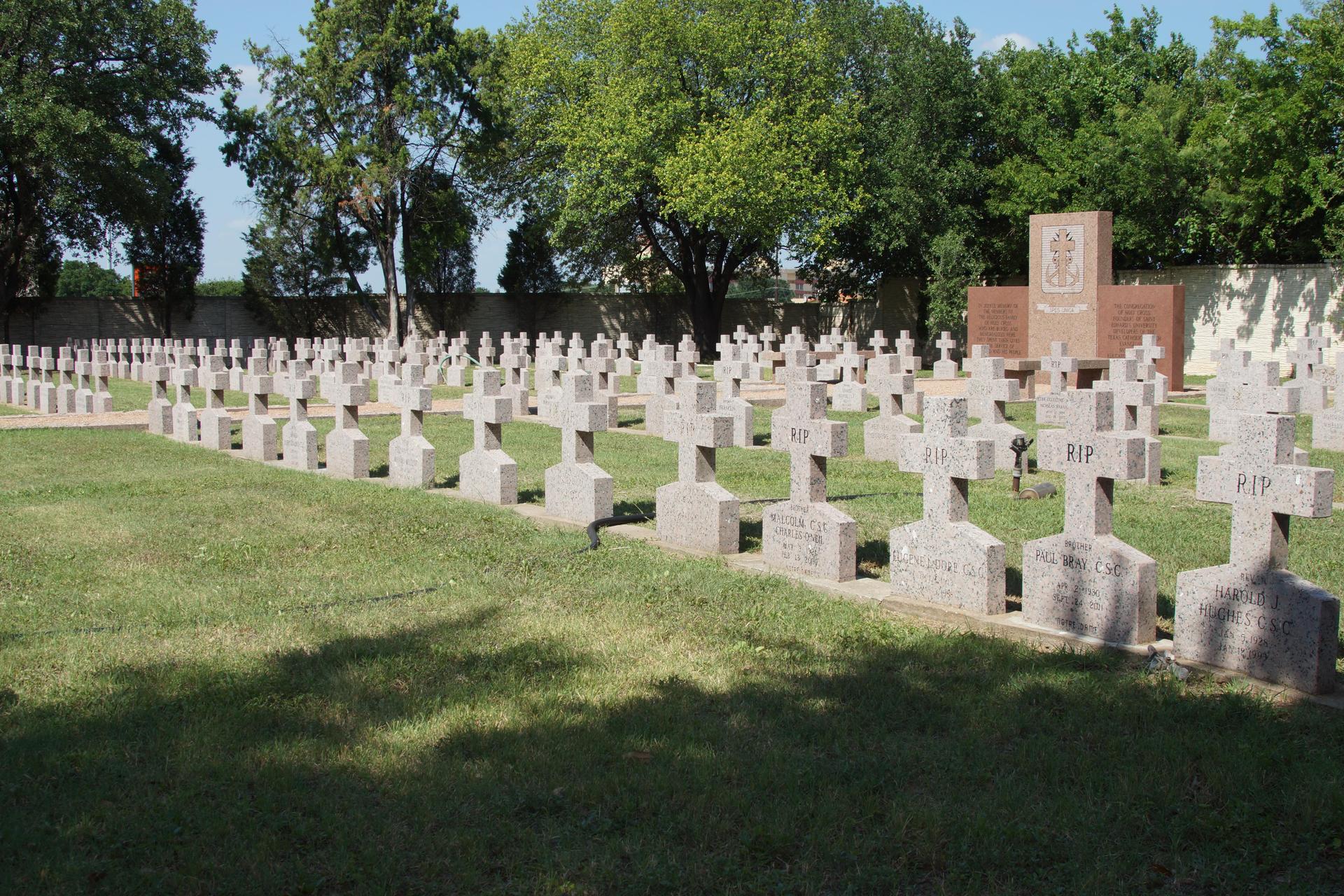 The names highlighted in blue squares are markers only, as they are buried at a different cemetery.