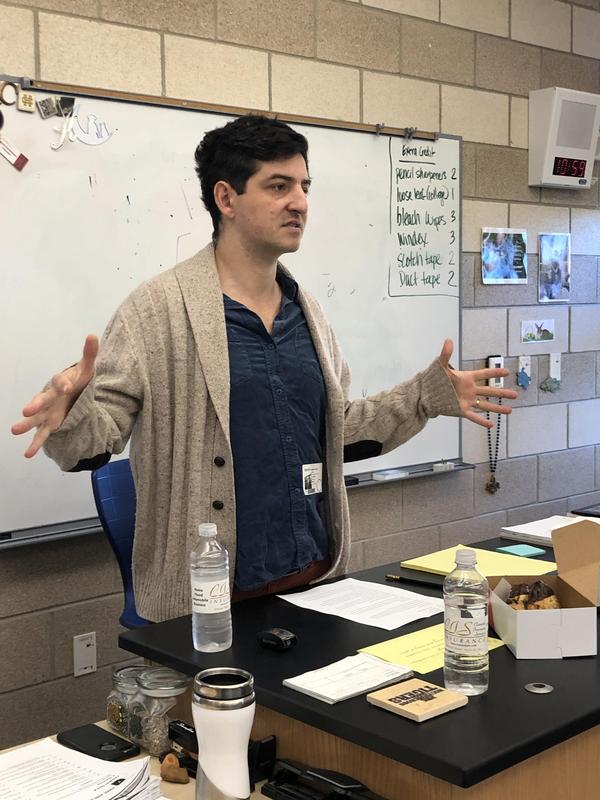 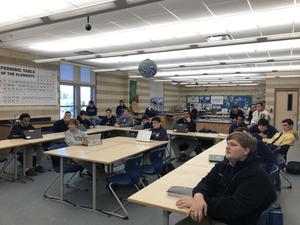 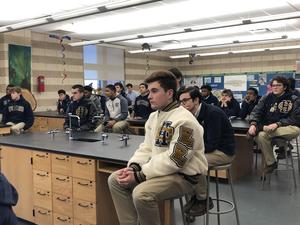 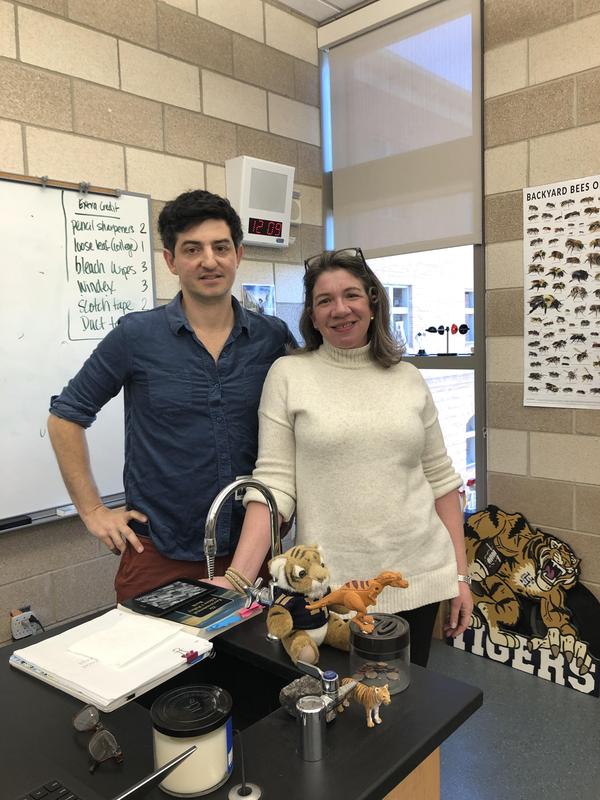 Mrs. Sasha Kreinik’s Environmental Science classes were fortunate to welcome two guest speakers to campus recently, thanks to a new partnership with the Pulitzer Center.

Mrs. Sasha Kreinik’s Environmental Science classes were fortunate to welcome two guest speakers to campus recently, thanks to a new partnership with the Pulitzer Center.

Amy Martin (NPR, Montana Public Radio), a reporter focusing on environmental issues for her Threshold podcast, gave a presentation about the very real cost to people of a changing climate, through the eyes of the villagers of Shishmaref, an indigenous population in the arctic circle slowly being wiped off the map by sea-level rise. Students immediately drew parallels to Isle de Jean Charles, a local community also in the same situation.

Nathaniel Rich (New York Times, Atlantic Monthly), author and journalist, came to discuss reporting and his groundbreaking work “Losing Earth” which appeared in the New York Times Magazine last August, examining the history of U.S. response to environmental issues between and 1979 and 1989, and how this response has guided current efforts in that arena. Students were able to approach the topic of a changing climate from a different perspective, and discuss not only the science, but the sociology and politics of the issue.

Several other high school classes joined in the discussion, making it a robust and lively exchange, one we hope to repeat in the future.