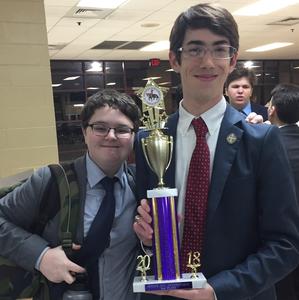 Congratulations to our Holy Cross Debate Team for taking second place honors in the St. Augustine High School Speech and Debate Tournament this past weekend.

The team meets every Monday after school and is still accepting new and returning members.